I’m in the process of putting up a new antenna. I have used a Hustler 5-BTV trap multi-band vertical for over 10 years. It has bee showing some signs of aging, the plastic top covers on the traps are disintegrating, the screw connecting the center conductor of the coax to the antenna isn’t tightening properly anymore, it was damaged by a large tree branch falling on a guy rope, and the 17 meter add-on coil creates enough wind resistance that it spins the antenna depending on the wind direction.

Additionally, after several years of working a lot of FT8, it was a chance to get some empirical data on my signal strength. I haven’t looked at the data recently, but maybe 80% of the time I hear people better than they hear me. Often by substantial margins.

Replacing a vertical with another vertical isn’t maybe the best idea. But the radials are already in place. I had been looking at the DX Commander range, and picked out their Classic version. It does 40-30-20-17-15-12-10 meters with no traps. It is a vertical version of a fan dipole concept, using 1/4 wave vertical wires around a fiberglass telescopic pole.

It is essentially a kit, as a fair amount of effort is required to build an assemble a useable antenna. The version I have chosen is approximately 32.5 feet tall, though at the top it is quite thin, and only the 40 meter element gets to that point. 80 meters was an option, but 30 meters would have to have been dropped. The 80 meter wire would also need to be an inverted L, requiring an addition support. They also make other versions, both smaller and taller with other band options. Admittedly, one might be able to build one from scratch at a bit of a cost savings, but it would take some effort to acquire all the necessary hardware and fabricate some of the components. Too much hassle for me.

There are a few compromises, like the 40 meter element is a bit long, and needs to be doubled-back a bit. But it has be tested thoroughly and results have been good.

I hope to have at least equal results as my 5-BTV, if not slightly better, and I’ll get the benefit of now having 12 meter capability.

Not quite sure about 15. I could live with it but would like to see if it can be improved, but the 40 meter element is resonant at 7.084, so don’t think I want to shorten it. I’ll look back at some of Callum’s videos and see if I’m seeing what is expected.

Initial results on the air are good. I’m getting better received reports than what I am hearing most of the time. I will need some more QSOs before I know for sure.

The antenna is very light and easy to handle. It does require 3 guys, fairly short and down low. More are optional. It has low wind resistance, so I’m not too worried about it. My biggest issue was trying to integrate it with my DX Engineering Radial Plate, where I already had 30-40 radials connected. It probably needs some tidying up when the weather allows.

The black fiberglass telescopic pole is a bit less visually apparent than the aluminum 5-BTV, and nice not to have that top loading coil for 80 meters making it top heavy. I’ll use my end-fed half wave for 80. SO I’m happy with it so far.

There was a problem with the original recording, so they recreated the presentation here.

The first IC-7610’s are arriving outside of JA land.  Here is one being demonstrated by VK3BL.

A full SDR radio one step up from the IC-7300.  Should be available in the states in a few weeks.

Dual-Band HT with Fusion capability, but without GPS and APRS features. 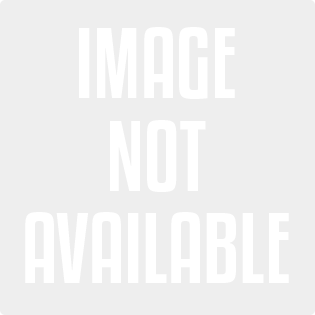